Our Life Without TV 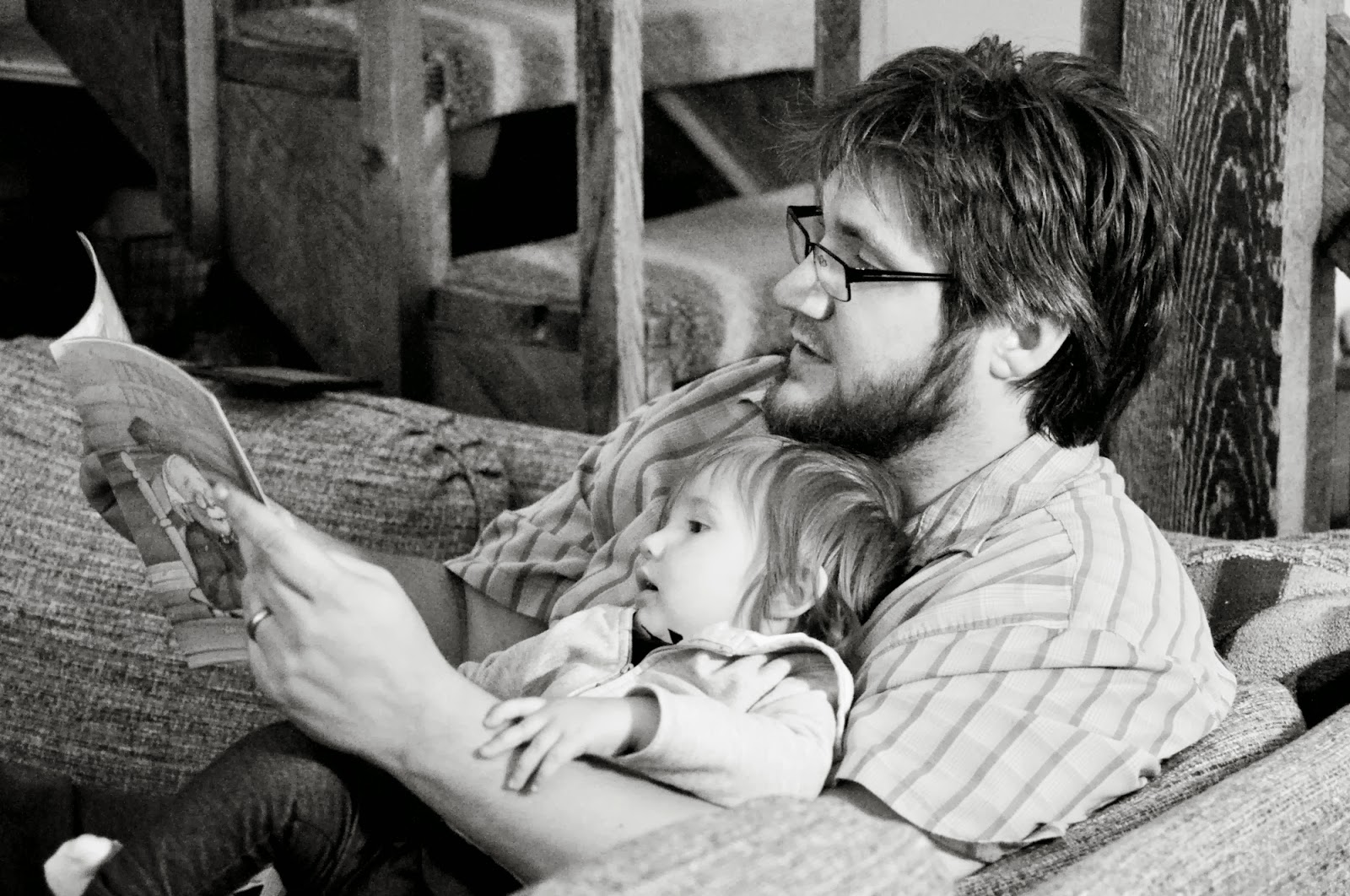 As a young married couple Eric and I would routinely curl up on the couch while we ate dinner and catch up on our favorite shows. I knew this wasn't a habit I wanted to continue after we had kids but when we were both tired from work and needed some down time it was a nice way to spend the evening snuggled up together. After Echo was born my TV watching actually increased quite a bit. Let's face it, I was exhausted! I didn't feel up to much of anything other than lying on the couch. I also watched Netflix on the Ipad in the middle of the night while I rocked and nursed Echo, it distracted me from how little sleep I was getting and helped me save my sanity. The whole time I felt vaguely guilty about it, I never wanted to be spending this much time in front of the TV after I had kids.

When I was growing up we didn't watch much television. We always had a family dinner around the table and talked about our days. After that my mom would usually read out loud to us while we drew or played with blocks or just listened. Occasionally we would watch a show as a family, no way would we have been aloud to have TVs in our rooms or all go off to watch separate shows. In addition to this my brother and I were allowed to pick a few cartoons to watch before my dad got home from work, usually not more than 30 or 45 minutes worth and always something we would watch together.

I had envisioned my new family's TV schedule going something like the way it did for me when I was a kid. I definitely didn't imagine we would eat in front of the TV like we had gotten in the habit of doing. However, as Echo grew older and more aware of her surroundings our TV watching gradually tapered off. It was magical, we didn't have to make a conscious choice to cut out TV, it just went away on it's own. When Echo started eating solids it wasn't practical to eat in front of the television so we started having family meals around the dinner table. Even if we had wanted to watch TV Echo had no interest in it and certainly wasn't going to sit through a half hour show.

We started to find that the less TV we watched the less we wanted to watch. Eric started reading out loud to us in the evenings after dinner. If the weather was nice we might take a walk or sit out on our back deck. After over a month of not going near the TV we tried turning it on for Eric's mom when she was visiting and discovered that it no longer worked. Apparently it had been damaged in a thunder storm we had a month earlier and we never even noticed it was broken. I would guess that it's been about 6 months since we really watched any TV (although it could be more, I really can't remember). On the rare occasion that we get Echo to bed early Eric and I might watch some Sherlock on his Ipad but it doesn't happen often. I used to sometimes watch a show on Youtube when Echo was napping but I ended up feeling like it was a waste of my precious free time, there are so many other things I'd rather be doing!

I couldn't be happier with our new life without TV. We did eventually get a new television set (a hand me down from one of Eric's coworkers) but it has been sitting on a table near our entry way since Eric brought it home, we've never even bothered to set it up. We canceled our Netflix and we never had  cable. Eventually I want to set up the TV so that we can have the occasional family movie night but I don't see us going back to watching TV on a daily basis the way we were. This is just another way that having Echo has been the best things that's ever happened to us, she helped us kick our bad TV habit :-)
Posted by Audreylaine510 at 3:29 PM