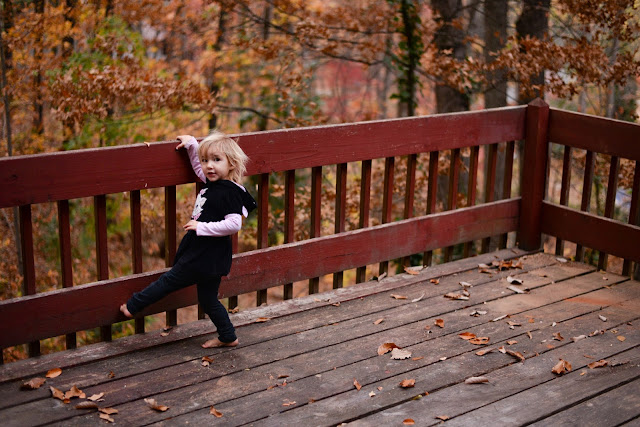 Well we have lived in our house for almost 6 years now and we are starting to fix some of our big ticket issues that have been on our list forever. We started with the foundation problems which we fixed earlier this year. The much more exciting project that just got completed is our new back deck!

These first few picture are the befores, This deck served us well but the railing was too short, it was smaller than we wanted and it was basically starting to rot and fall apart. We definitely didn't want it collapsing on us so we decided it was time to replace it! 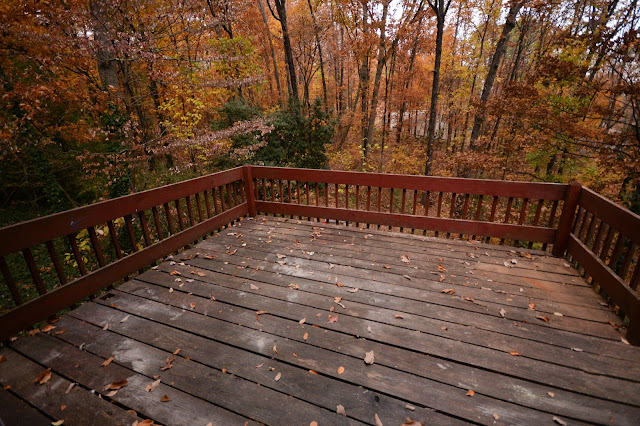 One of the best things about this was that it was a trial run for a contractor that we were considering for rebuilding our front windows (hopefully this will be happening soon!). I'm happy to say we were really pleased with this company's work and will definitely be using them again. http://www.barefootdecks.net/ if anyone is looking for a good contractor. 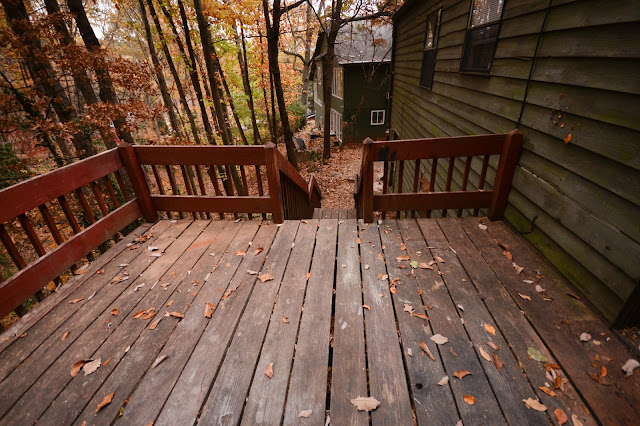 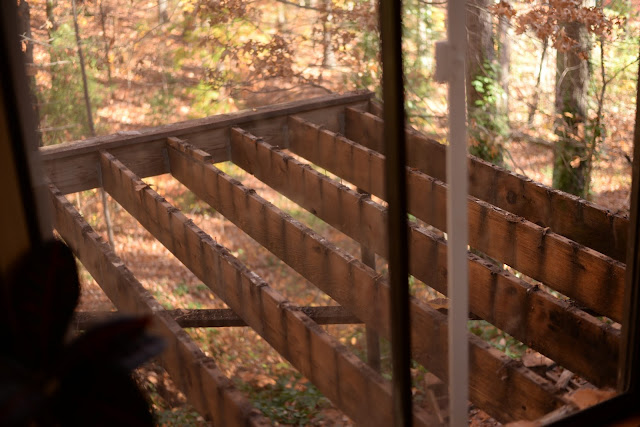 Here is an in progress shot of them tearing down the deck. They got slowed down by the rain so it took longer than expected but once they got going it was pretty quick. As they pulled the deck apart we could see just how rotten the wood was, good thing we had it replaced! 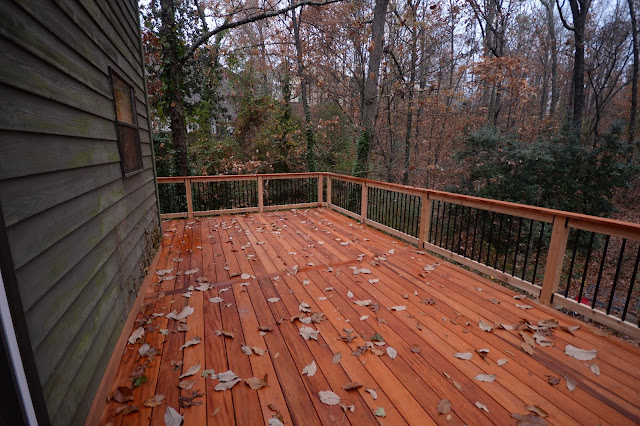 And here is the finished deck, hooray! 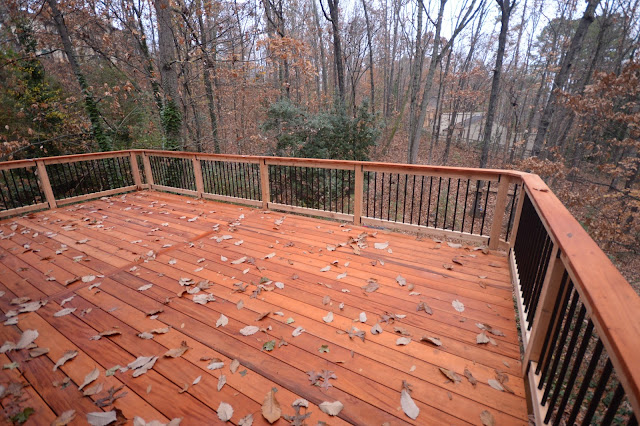 We went with mahogany for the decking and railing tops. It was only a little more expensive and should hold up much better than the cedar. The rest of the railing is black aluminum and treated wood. 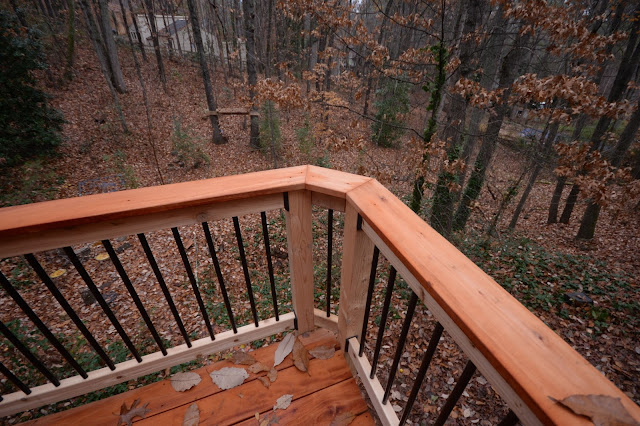 I love the way the did the corners of the railings. 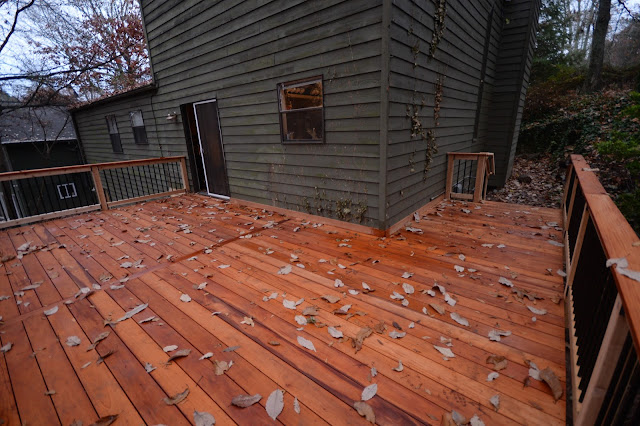 The new deck is much bigger and wraps around the side of the house instead of having stairs down to the backyard. It feels so big! I think it is probably almost twice the size of the original deck. 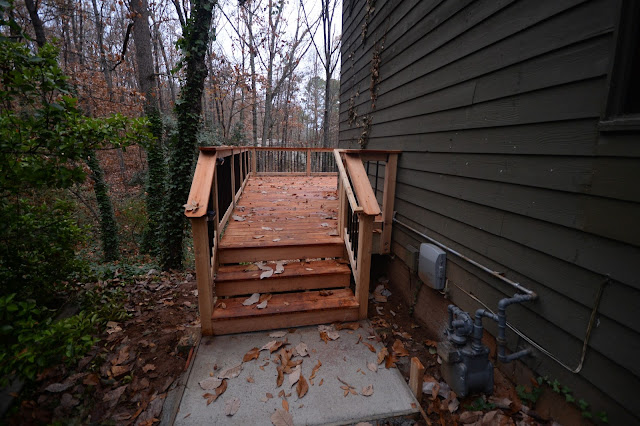 Here are the stais on the side of the house. 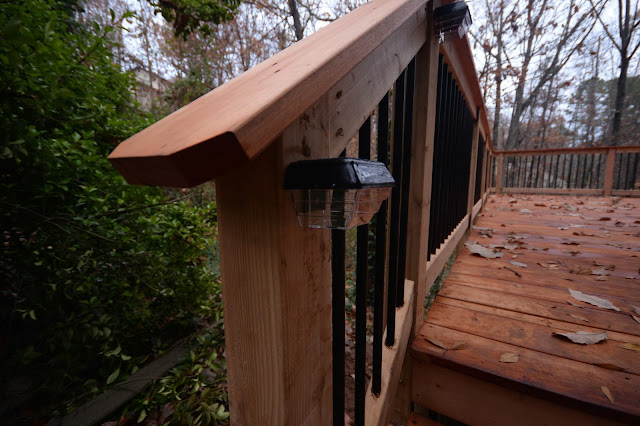 They also put little solar lights by the stairs which I thought was cool. 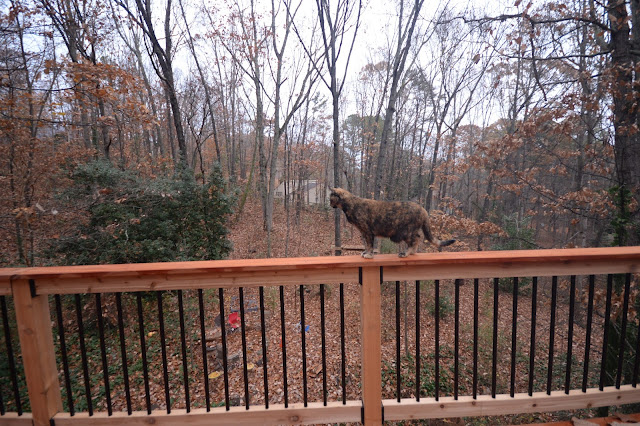 Even the cats approve!